You can already see heroes in our happy tale. One is the teacher; we’ll call him Mr. X. (I am disposed to think of teachers as heroes and heroines anyway.) For the moment, let’s put a single face on the administrative heroes, that of the Principal of Hadleyburg Valley High.

This Is Utah, After All

For all his gifts and credentials, Mr. X doesn’t look like he belongs in a very Mormon small town in Utah. He has long hair, a beard, and a mustache.

For years the people of Hadleyburg have allowed the available evidence to persuade them of their own individual and collective righteousness (a tendency hardly unique to Mormons). As regards facial hair, they are scarcely fonder of the adornment on men than on women.

I wonder whether the hiring committee told Mr. X that his appearance might be a handicap in Hadleyburg. In any case, he showed up to teach with it. He’s a Mormon too, and not a naive one, so he had to know there were risks.

For example, though some excellent parents may go a whole year without seeing a child’s teacher at school, in a small town it’s especially likely that they will see him at church. If they are of a certain mindset, it’s also likely that they will conclude on the basis of grooming alone that he is a bad influence on their righteous children.

“Bad influence on children” is not a happy quality in a teacher. If they make this judgment — justly or otherwise — a range of possible responses suggests itself.

They might keep an eye on the teacher and the class, as well as their child’s progress and conduct in the class, and seek out the teacher at the first hint of difficulty. I think this should be a parent’s stance toward all teachers, with and without facial hair.

They might immediately demand that the principal move their child to a different class with a different teacher. I think schools should be willing to do this, when it is possible and not wholly unreasonable, though perhaps not as the first approach to a problem.

Or they might launch a campaign of gossip and factually-challenged but high-principled lobbying against the teacher, designed to lead to his seeking employment — and, ideally, residence — elsewhere after the current year. If that seems to be going well, they might go the extra mile and try to make it unbearable, if not impossible, for him to remain in his chosen profession. Complaining to school boards — local and state — can enhance this effect.

One of the happy benefits — if you choose to call it that — of the last approach I listed is that word will get around. Soon the community’s righteous principles will become partially self-enforcing. Hadleyburg’s reputation will spread, and only candidates who completely meet the community’s expectations, including visually, will be eager to apply.

If those expectations include conformity and the comfortable mediocrity which attends it, our story gets darker. But I promised a happy tale. Let’s get back to it.

Consider this. The principal (representing administrators generally) not only went out and found a fine teacher for the students; he also looked past the man’s appearance and the predictable but shallow discontents of the local clean-shaven population. And the teacher, who knew the risks well enough, I think, took the job and moved to Hadleyburg.

He began to teach his students math. By and large, they learned it. In fact, some who had struggled with math for years began, through his labors and their own, to understand it better than ever before. It might seem silly or idealistic to say that a math teacher could change lives by teaching math, but it’s not, because he’s also teaching students. So let me say it outright: Young lives changed for the better. 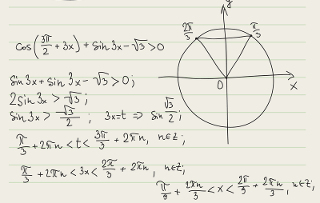 As usual, there were a few students whose learning style or degree of willingness did not mesh well with Mr. X’s teaching style or expectations. When a few parents voiced persistent concerns to the principal, he moved their children to other classes with other teachers. He said to Mr. X, “Don’t worry. You’re doing a great job. I’ve got your back.” Only a handful of students left to learn their lessons in math and in life from other teachers at Hadleyburg Valley High.

This is huge. This is how it’s supposed to work. Tell me the principal and the teacher in this true tale are not heroes.

Next time — soon — our happiness will continue, because I have true (and only slightly obfuscated) tales from Mr. X’s classroom — that is, from his students and their parents. You will quickly see why parents of some of Mr. X’s current students already look forward to having their younger children in his classes.

It will be happy writing, and it should make happy reading. See you soon. 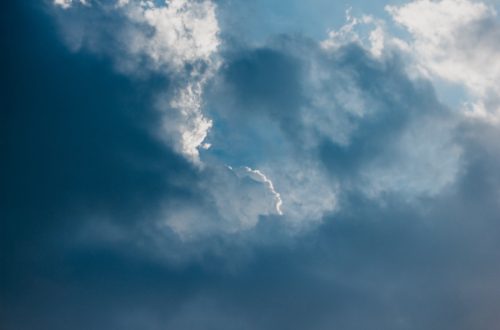