Then — this week — I finally had a chance to read SB 296, a bill entitled “Antidiscrimination and Religious Freedom Amendments.” It passed the Utah Senate the other day by a large majority. Reportedly, the Utah House will vote on it today. Yesterday it cleared the House Judiciary Committee with a 9-2 vote.

My initial suspicions notwithstanding, this is a fine bill. I will note some highlights here, then look briefly at the subject of a related bill, SB 297, “Protections for Religious Expression and Beliefs about Marriage, Family, or Sexuality.” Some form of it may pass in the few days which remain in this year’s legislative session. With apologies for the spoiler, it’s more sensible than I expected, too.

What It Prohibits: This bill adds sexual orientation and gender identity to the list of characteristics on the basis of which discrimination is prohibited in matters of housing and employment. The rest of that list is familiar: race, sex, color, national origin, religion, age, and disability. Large portions of this 35-page bill simply add the two new categories to that list in various parts of the Utah Code. The interesting part is elsewhere, mostly in the definitions and exceptions.

To judge by recent arguments by a few (not nearly all) LGBT advocates, considerations of citizens’ religious freedom should be wholly subordinated to the LGBT community’s desire to be and to feel fully accepted by all people in all places.

To judge by a few (not nearly all) opponents of all things LGBT, the law is the arm of the Lord, and we know what the Lord wants, and it’s not you people.

Fortunately, cooler heads seem to be prevailing on both sides. The proposed legislation exempts the following as to employment:

As to housing, the exemptions are more complex, but include approximately the following:

Definitions: According to the proposed statute:

So Max Klinger wouldn’t qualify, and the last clause excludes men who just want to hang out in women’s restrooms (and vice versa), which apparently concerned some legislators.

(Fortunately, the legislation doesn’t try to list the genders, unlike Facebook, which now offers over 50 choices, including many synonyms, not to mention fill-in-the-blank.)

Here’s another key definition from the statute:

I take “perceived” to mean that I cannot be fired simply because I like Broadway tunes and have a boss who thinks that means I’m gay (which I do — and he doesn’t — and I’m not).

Sex-Specific Facilities: Concern over restroom, shower, and locker room facilities ranges, depending on the person, from a legitimate concern to a scare tactic employed to discourage consideration of this and similar legislation. It is a complex problem, which I suspect will require further attention. Here is what this statue says:

That doesn’t fit all possible situations or resolve all possible concerns, and the interpretation of “reasonable” leaves room for differing opinions and judgments, which will make some uncomfortable. But this seems . . . reasonable.

Free Expression: There is in the statute some enforced tolerance for expression on related themes in the workplace, including “religious or moral beliefs and commitments,” provided that expression is “reasonable, non-disruptive, and non-harassing,” and allowed by the employer on equal terms with similar types of expression, unless the expression is in direct conflict with the essential business-related interests of the employer. Again, this seems . . . reasonable.

Free Expression II Employers are prohibited from discharging, demoting, terminating, or refusing to hire, or retaliating against any person “for lawful expression outside of the workplace regarding the person’s religious political, or personal convictions, including convictions about marriage, family, or sexuality, unless the expression or expressive activity is in direct conflict with the essential business-related interests of the employer.” Reasonable.

Protected Class: One common argument against this sort of legislation is that it will create a “protected class” of people who have special rights not available to the rest of us. On one hand, the nature of constitutional law is such that we cannot dismiss this thought out of hand — though it is a topic for another day. On the other hand, I’m not sure how much force an appellate court might give the bill’s declaration that it is not to be construed as creating a protected class for any purpose other than housing or employment.

On the face of it, the idea that this legislation would create a protected class seems inverted. I see it as acknowledging that individuals who are or may be perceived as L, G, B, or T actually already belong to the universal protected class in our political philosophy and jurisprudence: humans. Or, if you prefer, citizens. The Declaration of Independence declares us to be created equal (before the law), and endowed by our Creator with certain rights which are inalienable (look it up — and yes, Jefferson spelled it “unalienable”). Its language does not include exceptions for gays or others whose very existence offends some folks.

Nonseverability: Most legislation includes a severability clause, declaring that if some portion of the bill is overturned by a “court of last resort” (i.e. the US Supreme Court, or a lower court if SCOTUS refuses to hear an appeal), the rest of the statute remains in force. This bill does exactly the opposite, for an explicit reason:

This bill is the result of the Legislature’s balancing of competing interests. Accordingly, if any phrase, clause, sentence, provision, or subsection enacted or amended in this chapter is held invalid in a final judgment by a court of last resort, the remainder of the enactments and amendments of this bill affecting this chapter shall be thereby rendered without effect and void.

Note that “this chapter” refers either to employment or housing — each separate from the other, because they are in separate chapters of the Utah Code — so the housing part of the statute could theoretically be invalidated while the employment part remained intact, and vice versa.

This is the nature of political compromise: We agree in advance that, if what you wanted is struck down but what I wanted isn’t, neither of us gets what we wanted. In context, it makes sense.

However, individuals and factions on both sides who cannot bear compromise will find in this nonseverability clause an invitation to challenge any provision which offers the slightest hope of being overturned, in order to invalidate the whole. This, too, is the nature of things, and in this case I don’t see any way around it.

There are more details we could discuss, but I set out to write a long blog post, not a book.

I earnestly hope that SB 296 passes and becomes state law. It’s not just an adequate bill; it’s a fine one.

I intended briefly to analyze SB 297, a much shorter bill, which focuses on public and religious officials officiating at weddings. It passed the Senate earlier this week, but the House substituted a different bill (a common and generally appropriate step in legislation), which I have not yet had time to compare carefully to what the Senate passed (which was itself a substitute for the bill originally proposed). So I’ll offer some general comments instead.

While I have opposed same-sex marriage on the grounds that it simply isn’t marriage — a much larger discussion I have attempted elsewhere — it is presently the law of the land and, for good or ill (perhaps both), is becoming part of the generally accepted morality of the nation, based on our only formal means for measuring such things, our political and judicial processes. Therefore:

I believe that public officials whose primary duties include officiating at weddings should do so, regarding of their personal beliefs — and yes, I include same-sex weddings. If they cannot or will not fulfill the duties of their offices, they should resign or be dismissed.

That said, we are in a period of difficult and complex transition. I can see the merits of some of these possible compromises:

There are other public officials, including mayors and the governor, who are permitted by law to officiate at weddings, but for whom it is not a primary duty. I would be comfortable with a range of possible compromises here:

Each of these possible compromise positions will sorely displease someone, whether it’s the ideologue who naively believes that public officials’ first or only duty is to their own views, not to the people at large, or the tyrant who is not satisfied simply to be able to marry the person of his or her choice, but feels compelled to force someone to officiate who does not wish to — precisely because he or she does not wish to.

We have been speaking of public officials, who have a direct and statutory duty to the public. Where religious officials (acting as such) are concerned, I simply believe that no member of the clergy should ever be required by law to officiate at any marriage ceremony to which he or she is opposed for any reason — whether it’s same-sex marriage, or thinking a properly licensed bride or groom is too young to marry, or (regrettably) one or both of the parties’ race or other attributes. Nor should a church be compelled to provide a venue or an officiator.

When a couple is licensed to marry, they have a right to expect the county to provide someone to officiate. There is no right to compel a specific official, for whom solemnizing marriages is not a primary duty, to do so against his or her will. And there is certainly no legal right to compel a member of the clergy to do so — or to force a religious organization to provide an officiator or a venue.

We’ll talk more about larger issues, such as competing notions of freedom, another time. Meanwhile, SB 296 is currently awaiting floor time in the Utah House . . . 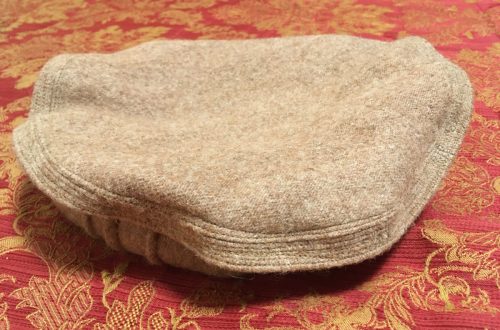 One thought on “SB 296, SB 297, Religious Freedom, and Nondiscrimination”