I rolled FreedomHabit.com live five weeks ago, with the thought that, somewhere down the road, I might want to think about guest columnists. Then, in space of about four days, three of them fell into my lap. That is, I saw three pieces of writing which were related to the (now-recent) election, yes, but with broader, more lasting value, and I asked permission to publish or republish them. I’m three for three, permission-wise.

I posted two of the pieces on Election Day, since they had some bearing on the election and permission came that quickly, but I didn’t promote them. I didn’t want to distract from what I was promoting that day, and I didn’t want the writing lost in the whirlwind or dismissed as relevant only to that day’s election.

Heidi Rodeback of American Fork (formerly MFCC, My Favorite City Councilor, now MFGC, My Favorite Guest Columnist — apologies to other present and future guest columnists, but I trust you understand) writes in favor of local government funding for arts programs. She makes the argument better and more clearly than we usually do.

Joylin Lincoln of Saratoga Springs writes of education, and why she entered the state school board race. It’s less about politics than you’d think. After you’ve read and reread her column, I suspect you’ll begin to understand why I called her “utterly charming” as a candidate.

I hope both will favor us with their thoughts here again. And I’ll publish a gem from my third guest columnist very soon. 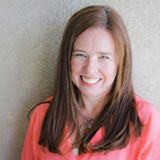 [Editor’s Note: This post started as a Facebook status. When I read it, I loved it, and I asked permission to reprint it here. Joylin Lincoln is a candidate for the Utah State Board of Education, but her words here reach far beyond Election Day.]

Yesterday I wrote a tongue-in-cheek post about the top 10 things I have learned while running for state school board.

Because nothing in that post is about why I started on this grand adventure. Why are we always so concerned about doing what is “politically right”? Education needs to be about each and every student who has been entrusted to the education system.

The goal of education should be to allow each student to rise to his or her full potential, whatever that is.

Students should come to school each day excited to be there because they are safe and have the whole world at their doorstep. I want students to see the world and ask: How does that work? Why does it work? Can I make it work better?

Students need to stand at the Grand Canyon in awe, because words cannot describe the majesty of what lies in front of them.

As I listened at a school board candidate debate the other day, I remembered a mental note I made months ago. At the time — as at other times, I freely confess — I was feeling a little cranky about what my party’s majority was doing and not doing in the Utah Legislature. (For a single, glaring sample, see “I Am Unfit for the Utah Legislature, from last February.)

The mental note was to blog the legislature an attaboy for HB 250, which both houses passed and Governor Herbert signed. (He gets an attaboy, too.) Having heard multiple Alpine School Board members speak of being trained rigorously to be something other than the people’s representatives, who function as a legislative body to govern the people’s public schools, and after hearing other board members and candidates defend the different, prevailing model, I appreciated this from the legislature:

What, if any, impact this will have on how school boards operate remains to be seen. At least those of us (if only a few) who care about this matter can now point to the law.

For some discussion of why this matters, see “The Importance of Not Being Unified.”