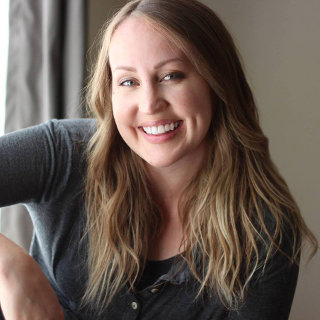 What I saw frightened me a little. It was run down, and the owner had a reputation for being dishonest. Despite all that, we applied so I could be home. We got the position, and from the moment we moved from our small bright apartment to this new apartment, I felt that even life itself had become a little less sunny. Things changed, once we had our sweet little girl. She seemed to create her own warm rays of sunlight.

The first year was really tough, but we somehow fought through it. We faced drug deals, loud and annoying tenants, roach and bedbug infestations, a suicide, domestic abuse, child abuse, break-ins, furious tenants, and harassment and immense pressure from the heartless and greedy owners. It was a dark time for us, and the only light seemed to radiate from our small happy moments together. Our little one filled our hearts and home with love.

The next year brought more challenges. Money was tight, and the ideal of a perfect marriage was shattered. We were both facing the immense stress of finishing our degrees, raising our child, and working. Then something happened. The owners found a way to replace all the tenants who had left in the mass exodus after the bedbug and roach epidemic of 2009. I was contacted by someone from the IRC (International Rescue Committee). They were going to place refugee families from Iran, Iraq, and Bhutan in our apartment complex.

My first response (I am ashamed to say) was, “This is going to make my job so much harder!”

Then they started to arrive, one family at a time. After volunteers moved in beds, blankets, and some dishes, I would come in to give keys to the refugees and talk to them through an interpreter. I thought, “They aren’t going to remember all of this, the house rules and, most importantly, my office hours. I’m going to be bothered day and night! And how are we even going to communicate?”

I was apprehensive about the apartments themselves too. They weren’t terrible – we cleaned them thoroughly – but they were outdated. My theory was, if I wouldn’t want to move in, there is no way I could sell it. I’m not a salesman.

My largest slice of humble pie was served when I saw their faces as they came over the thresholds. It’s one of those things that stays with you. To them the apartments might as well have been the most luxurious suites at a five-star hotel. Happiness, hope, and excitement filled their faces.

Much to my relief, there were a few who could speak broken English, but as I moved them in something began to nag at my mind. They came with nothing. All the IRC could provide at the time were beds, blankets, some dishes, and the federal welfare programs. Many of these families had tiny babies or were about to deliver.

I resolved to do what I could.

As their apartment manager I was in a unique position to see their immediate needs. I was in their homes. I knew what they didn’t have, and it was a lot by our standards. I jumped onto the local classifieds, in the “Items Wanted” section, requesting various things, like baby and kids’ clothes, pack ‘n plays, and toys. The response was incredible.

The LDS ward there also got involved, and we were assigned three sets of older missionary couples to serve just the refugees within the ward’s boundaries, a geographically small area in Salt Lake City. They were to use the Bishop’s Storehouse to provide non-food items, take them shopping for clothes, and help them find employment.

I felt proud of everything we had been able to accomplish together.

As time passed, my neighbors did, in fact, forget some house rules. They knocked at all hours of the morning and night. But when I answered the door, I was never met with anger. They were there to ask where the library was, or to give me mangos or a box of cereal they found for a great price at the store. (As I write that, it fills my heart with laughter and my eyes with tears.) Through our interactions, I learned how to barter like the most seasoned Iranian, and to be happy even in the darkest moments, like my friends who spent 17 years in refugee camps in Nepal.

There is one little face I will never forget. She came with her new baby sister, mom, and dad from Iraq. They fled their home because her dad’s brother had been shot in front of him. The next day a car bomb went off just a stone’s throw from their house. As they fled, this little girl’s mom, pregnant at the time, was yanked from a car and had a gun held to her head. I still don’t know how her dad talked his way through that horrifying moment to bring them safely to the United States.

When they came to our apartment complex, I saw a beautiful family that still had fear in their eyes. Yet with time their scars began to fade.

He proved to be incredibly clever at fixing things, and would often help others with their car troubles in the parking lot. The mom would bring me into their home and practice speaking English. She and I had a trusting friendship. She didn’t feel the need to cover her head every time I knocked. I felt welcomed, even loved.

As the weeks passed, we became aware that their two-year-old girl had PTSD from the car bomb explosion. She never slept longer than two hours and would often wake up screaming and drenched in sweat. I will never forget the desperate worry in her mom and dad’s eyes, as they realized she was not going to just phase out of this. Even with the limited conversations we could have, I felt the parents’ willingness to do anything for their child. At the time, Medicaid was limited in offering mental health evaluations and treatments. To this day I don’t know if she was able to connect with some form of therapy. I hope she did.

I think of all of them often. I can see their beautiful dark curls, smiles so broad that they show off every wrinkle in their faces, and their sparkling eyes. I see parents building a new life and home together.

When my life seemed dark, these were the people who taught me resilience, love, and happiness. I will fight for their refuge here, because life is a better place with them as our neighbors.

We need them as much as they need us.

I thank God that He put me in hell, so I could see the spaces where He loves all of us the same, regardless of religion. I thank him because we all have blind spots, and He gives us trials to take them away, leaving us a clearer picture in the end.

This is Molly Hogan‘s first guest post at The Freedom Habit. She lives in the Washington, DC, area with her husband, three daughters, and, thankfully, no roaches or bedbugs. She spends her spare time volunteering. Find her on Twitter at @mollymarie044.