The Reelection of Mike Lee

I had planned to say that we’d find out in 2015 — probably in the first half of the year — whether Senator Mike Lee’s bitter establishment Republican opponents could find a good candidate to oppose him in 2016. Major Utah media outlets, prominent Republicans, and others were carefully setting the stage for such opposition — with what I thought to be an insufficient commitment to truth.

For my part, I think he’s become a significant conservative leader in Washington — without shrinking into the Tea Party, which admires him and thinks (wrongly) that he’s theirs. I’m glad I voted for him when I was a state delegate and campaigned for him in the 2010 Republican primary.

Here’s how it ended: Some of the likely high-profile opponents simply declined to run against him. And in a delightful development, some of the most promising opponents ended up on his fundraising committee.

He’ll have some opposition in 2016 from inside the party, but it won’t be the big guns.

This Thing about President Obama Hasn’t Happened Yet

I planned to say last January that it is only a matter of time before the Democratic Party (including the Big Media Acronyms) distances itself from President Obama and his reign by declaring — in the face of unhappy conditions he has caused or exacerbated for many — that we shouldn’t judge Democrats by President Obama, because he actually isn’t/wasn’t a real Democrat.

There were early signs of this a year ago, but they faded. I suspect we’ll see it this year, as soon as the major parties have their presidential nominees, if not sooner. Someone may even say, a bit too conveniently, that Democrats in Congress cannot be blamed either, because the Obama regime so often circumvented Congress.

When you hear it, don’t buy it.

Same-Sex Marriage: Tell Me You Didn’t See It Coming

In retrospect, it seems that the easiest prediction of 2015 was that the US Supreme Court would find in the US Constitution a defense of the fundamental right of same-sex couples to marry. They telegraphed this decision in 2014.

Nor is it surprising that some of the louder opposition finally realized, when it happened, that the real issue had been religious freedom all along. I’ve been saying that for years. Conservatives were fighting the wrong battle — and lost both it and their best chance to win the right battle in the foreseeable future. That’s a longer discussion, and I’ve written a lot about it in the past.

Now, as before, the key question here is not the legality of same-sex marriage. The most essential political question in American society today, in my dubiously humble opinion, is not Common Core. It’s not whether we are, should be, or ever were, in an institutional sense, a Christian nation.

Can people who think each other evil live together in a free society? Are we willing to figure out how to make this work in the 21st century? Or do we insist, with tyrannical fervor, that whatever and whomever we find to be evil must be banished or destroyed — if possible, by the power of the state?

We know the Islamofascist answer to this question. Christians and adherents to out-of-favor branches of Islam are being slaughtered by the village on at least two continents. (In the 21st century!)

What is our answer? Does the faction in power, locally or nationally, get to impose its religious (or moral) will on the whole of society? Or do we still care about quaint concepts like freedom?

As 2015 began, I hoped for a credible, sensible ticket of proven chief executives, including a presidential nominee who had triumphed in very difficult (executive) circumstances against the best the Democrats had to offer. I could have been very excited by a Scott Walker/Carly Fiorina ticket. That’s off the table now; Walker was one of the first to bow out. Competence and strength weren’t enough to compete with the wave of Trump support from people who are so busy trying to send a message to Washington that they can’t be bothered to choose a credible leader.

Right now, no one in the race excites me — not for the top spot, at least.

That said, I don’t think the Trump who has excited the lumpenproletariat is the real Trump. I think he’s a very effective populist impersonator — whether by calculation or by instinct, I cannot say. I note with interest that people who have actually done serious business with him are not running around saying he’s the outsized jerk he’s played in the presidential race so far. Surely, if such witnesses could be found — by the Democrats or the Republican establishment — we’d be hearing from them already.

A Victory in American Fork

In 2013 a toxic faction intruded itself forcefully into politics in my small city, American Fork, Utah. It saw waste where there was frugality, took common sense for evil, and (mostly indirectly) accused good, wise, and honest leaders of being none of the three. And it put up really big, bad-looking signs.

Better to drive on gravel than borrow one dime to rebuild roads, said one candidate who eventually was elected. He was unimpressed by the effects of a previous decade’s gross neglect of road maintenance in the name of lower taxes.

All borrowing by government is evil, said people with mortgages. And government should be run like a frugal household, you see.

If you listened carefully enough, you could hear them declare that the federal government’s spending and taxation were wildly excessive; therefore local government should be fiscally strangled. (Don’t laugh. You can hear that logic in the Utah legislature too.)

As 2015 began, I was optimistic, because a solid majority of American Forkers had rejected similar arguments in November 2014 and passed a small sales tax increment to fund parks, arts, and recreation.

In November 2015, the toxic zealots fielded their candidate against three highly qualified opponents, including two incumbents. The zealots lost by a large margin.

Three big cheers for the voters.

The Utah Legislature Got It Right

A year ago I would have predicted that, as before, the Utah Legislature would defeat the annual proposal to let actual and suspected homosexuals live and work among us — despite the LDS Church’s strong, clear, well-established support for such measures, and despite a large majority’s support in several recent polls. That is, they would have defeated it if it came to a vote, as it didn’t in 2014.

I would have been wrong. They surprised me. Pleasantly. More than pleasantly. I hereby take back some of the acid, though not the actual words, in my February 2014 rant, “I Am Unfit for the Utah Legislature.”

I’ve already ventured a prediction or two for 2016’s politics, but if you must have more, here are a few off the top of my head:

For a slightly different view of 2015, see Dave Barry’s 2015 Year in Review. He begins by declaring 2015 the worst year ever — not for the reasons you think — and goes on to be immeasurably funnier than me. 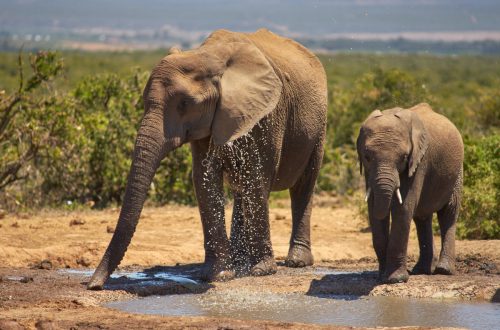