For Utah voters, there are three proposed amendments to the state constitution on the ballot this election. I realized this a few days ago, having already published my quirky, opinionated voter’s guide.

Here is a brief account of all three, with some of my thoughts appended. For more information, see the Utah Voter Information Pamphlet for this election and this piece from the Deseret News.

The Utah State Tax Commission is essentially a panel of administrative judges who hear appeals on tax matters. They also issue administrative rules related to Utah tax laws. Currently, the Utah Constitution provides that no more than two of the four commissioners may be of the same political party. Amendment A proposes to remove that limitation and to authorize the Utah Legislature to determine other qualifications for the positions.

Proponents argue that we’ll get more-qualified commissioners, and that partisan affiliation is not particularly relevant to a judge’s role. But I think it’s likely that, if this amendment passes, all four commissioners will tend to be of the same party.

I’m voting AGAINST Amendment A. I am a long-time student of governments (in theory and practice). Though a lifelong Republican, I believe the long-term dominance of Utah politics by super-majorities of the Republican party is unhealthy. I don’t see any reason to encourage it further. (For the record, if the parties in our almost one-party state government were switched, that would be unhealthy too.)

Amendment B: Cleaning up Language about Electing the Lieutenant Governor

Some past changes to the Utah Constitution inadvertently created a situation in which the law might require an appointed lieutenant governor to stand for election independent of the governor, though the same constitution requires that they run together. The current language reportedly is also open to the interpretation that an appointed lieutenant governor would serve for four years, beyond the end of the normal term, rather than simply finishing the current term.

While opponents of this amendment complain about big government and declare that “We should not give government everything it wants,” I think the following: It’s entirely plausible that misconduct by the governor or the attorney general would make it desirable for these other officers to have their own legal counsel to advise them in their official roles.

This might be important to the cause of good government, but it would not be a great leap forward for big government. Since there is no indication in the amendment’s language that this legal help will be paid from anything other than those officials’ existing budgets, it’s hard to see how government is growing here at all.

I’ve seen at close range situations where a city council needed its own legal counsel, but had to work through a city attorney who reports to the mayor. There are times when that simply doesn’t work. At the state level, is it hard to imagine criminal misconduct by the Utah Attorney General, which might make it desirable for these other officials to have access to other legal counsel?

I’ve voting for FOR Amendment C.

What are your thoughts? 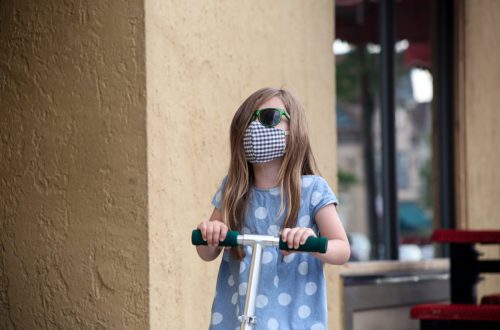 One thought on “I Almost Forgot the Proposed Amendments”