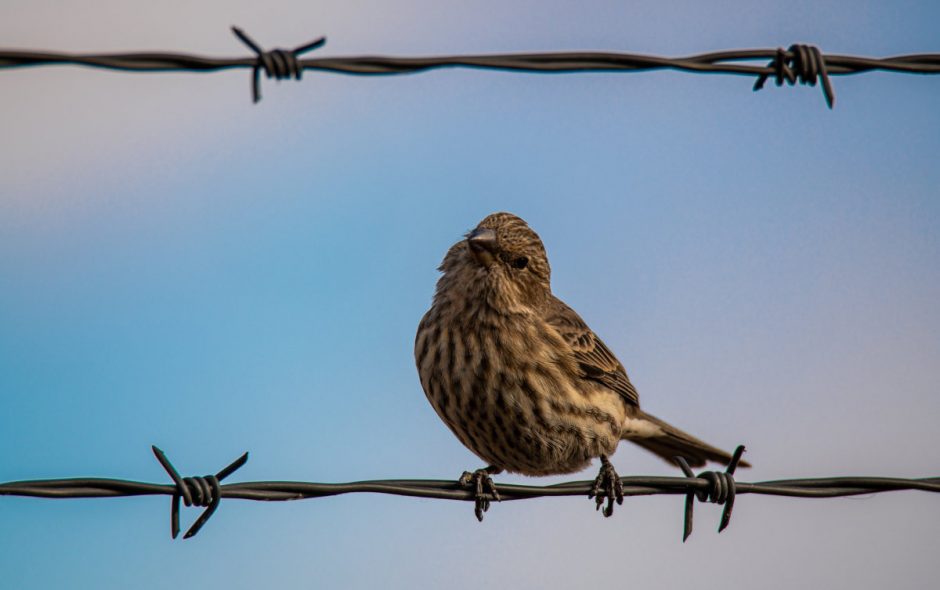 Twitter’s leftist partisanship has grown more overt in recent months. Likewise YouTube and Google generally, and Facebook. Lately they’ve trumpeted it for all to hear, to the great delight of American leftists, whose commitment to free speech shrinks as their power grows.

(Note: Some leftists’ delight is not complete. They publicly blame the Big Tech leviathans for not suppressing even more political speech they dislike.)

I never followed President Trump on Twitter, and I don’t recall ever seeing one of his tweets in its natural habitat. I’ve only seen them in stories and columns about his tweets. But on Friday afternoon I read Twitter’s absurd justification for banning a President of the United States, and I went home and deleted four of my five Twitter accounts. At the time I didn’t realize I was part of a trend.

Twitter won’t miss me, but that’s four fewer accounts they can claim in pitches to advertisers. I’d have closed the fifth, but I need it for my professional work in digital marketing.

For the most part I won’t miss Twitter, but there were moments. For example, it helped some of my religious writing reach audiences in Africa and the Far East. Alas.

I was already watching for an alternative to Facebook that will suit my various purposes, including maintaining ties to old classmates, friends, and distant family. And memes, of course, those psychological saviors of 2020. I may or may not find such a platform anytime soon, but I’m looking at Parler and MeWe.

If I find a good new platform that suits me, perhaps I’ll still stay on Facebook for my friends, and simply move my political discussion to another platform. (Facebook intermittently dislikes it anyway.) Maybe someday they’ll throttle my religious discussion too, and I’ll want to move it; the Left doesn’t much care for Christians either. We’ll see.

Meanwhile, for the foreseeable future my political page on Facebook is The Freedom Habit. My page for other topics — usually religion, reading, writing (including my own fiction), and occasionally high school bands — is Bendable Light. You’re always welcome at both pages. I’d be pleased if you liked or followed either or both, if they suit your interests. But bear in mind that on a good day Facebook’s algorithm only shows a page’s unpaid post to about one-tenth of the people who follow that page. There’s really no substitute for visiting the page itself — or in Facebook’s view, paying to promote posts.

“The 75,000,000 great American Patriots who voted for me, AMERICA FIRST, and MAKE AMERICA GREAT AGAIN, will have a GIANT VOICE long into the future. They will not be disrespected or treated unfairly in any way, shape or form!!!”

Here’s the other. (It does at least three fewer obnoxious things I’d never do in a tweet.)

“To all of those who have asked, I will not be going to the Inauguration on January 20th.”

Of all the things he’s tweeted in the past five years, citing these tweets to justify a permanent ban — claiming they violate Twitter’s “Glorification of Violence” policy — boggles the mild. Or it would, if the Left didn’t read and hear things differently.

As to the first tweet, the words America and American make the Left queasy. This is not new. Calling people patriots is even worse. To them it suggests racism (everything does), not love for and strivings for a nation’s highest ideals. And the idea that America ever was or ever should be great is incompatible with the virtual reality they’ve built for themselves. For some reason they’re more comfortable with the grislier histories of China and Russia than with our own. In any case, it’s a big leap from American patriotism and making your voices heard in the long term to “glorifying” violence, but it’s not unmanageable for the Left.

As to the second tweet, rational minds might see President Trump’s absence from the inauguration as respectful, peace-promoting, responsible adulthood (which I grant he doesn’t always achieve). If he’d tweeted that he’d attend, surely the Left would have insisted he be banned from the event. Listen for the Left, when pinned down, to call this innocuous tweet yet another “dog whistle.” (More often than not, the term signals their claim that someone said something he or she clearly didn’t say.) Apple said his acolytes could see it as an invitation to be violent at the Inauguration.

That’s it. Those two tweets are why they banned him permanently. So they say.

Speaking of queasy, the Twitter ban is making even the ACLU queasy.

What really worries the Left is that 75 million people voted for President Trump’s reelection. This means there is massive opposition to their agenda, even though the Left will soon control all elected and most unelected power in the US government. Nearly half of the voters aren’t ingesting the narrative — after four or five years of 24/7 multimedia indoctrination. It’s downright ungrateful of the deplorables not to have yielded their minds yet.

Those 75 million are a primary reason for the current, last-minute attempt to impeach and remove President Trump (again). They’re afraid he’ll run again in 2024 and win, unless they legally prevent him from doing so.

It’s not implausible to think, as we listen to the rhetoric of the last two months — or weeks or days — that as soon as President Trump is out of the way, they’re coming for his supporters, and not just on social media platforms. You’ve heard recent calls by elected officials and others to reeducate Trump voters, right? Dismiss them from their jobs, public or private? Exclude them from all government employment, presumably including public schools? Call them before a Truth and Reconciliation Commission? Some of these things are already happening on a small scale. Notably, I don’t hear President-elect Biden, the would-be unifier, denouncing these ideas or even suggesting restraint. Instead he stokes the fires, calling some conservative Republican Senators Nazis.

At least they’re not saying we Trump voters should be collectivized yet — a word with slightly worse historical baggage. But they are using the chilling word cleansing. For example, ABC News Political Director Rick Klein lately tweeted that. (He later deleted the tweet.)

And you’ve noticed the Trump Accountability Project, right? Mayor Pete’s former staffer and former Obama spokesperson Hari Sevugan launched that “to make sure anyone who took a paycheck to help Trump undermine America is held responsible for what they did.”

No one must be allowed to undermine the leftist vision for America.

I haven’t heard or seen any discussion — maybe it’s out there — of an interesting point. Suspending President Trump’s Twitter account helped the Left by making it impossible for people to go there, examine his last tweets, and pass informed judgment on their own. That way fewer people see firsthand the conspicuous absence of incitement to violence (or glorification of violence). Besides the tweets Twitter cited, there were other tweets on January 6 urging his supporters to protest peacefully and respect law enforcement. In none of them did he even hint that any person should act violently or even cross a police line.

As to his speech that day to a massive crowd of supporters, consider this. The Big Media Acronyms — the Heritage Branch of our Ministry of Truth — have mastered the dark art of shameless spin. If there were anything in that speech that they could possibly spin — let alone responsibly interpret — as incitement to violence, they’d have looped that clip on every news outlet they control.

Convenient, isn’t it? A few thugs — not all Trump supporters — were criminally violent in the vicinity, so the Left, including Democrats in government, social media, and the legacy media, screams that even peaceful dissent constitutes violence, hate speech, insurrection, and sedition. Meanwhile, within the broad limits of their capacity, they hide evidence which undermines their narrative. They protect the virtual reality they’ve labored mightily to craft, to please themselves, gaslight a nation, and seize power irrevocably, if they can. When so many are willing to be gaslighted, it’s probably feasible.

By the way, have you heard that President Trump was still speaking to his crowd, at a substantial distance from Capitol Hill, when the violence began at the Capitol? What might that mean? That the two events were, so to speak, two events? Will social media permit open discussion of these questions?

Have you heard of officials in Washington being briefed before January 6 on intelligence showing that plans for violence had been developed over the preceding weeks? Incitement in the moment is looking more like a narrative and less like a fact.

Given the social media leviathans’ overt and partisan suppression of political speech, and Amazon going nuclear on Parler over the weekend for the latter’s refusal to suppress political speech, the following should happen, in addition to what should be a massive civil lawsuit by Parler against Amazon.

Appropriate federal authorities should aggressively and meticulously investigate the Big Tech near-monopolies (Amazon, Apple, Google, Facebook, and Twitter) for antitrust violations and anticompetitive and monopolistic practices. If there’s anything applicable they can find in the RICO statute, they should add that. I mean seriously investigate, not the way Congress does it.

Congress should immediately beef up Section 230, the infamous but necessary statute which protects online platforms from liability for everything anyone posts on a given platform, to strip such protections from platforms which are overtly partisan. If they suppress one side’s political discussion and artificially advance another’s, they’re publishers, not platforms, and the law should treat them accordingly.

We should seriously discuss how to protect the freedom of Americans from suppression by Big Tech corporations which have achieved quasi-governmental power (rather like the railroads in a previous century). We have the Bill of Rights and the US Constitution to protect those liberties from government, but not from non-governmental entities. In the process, we must consider powerful safeguards to prevent systemic and opportunistic collusion between government entities and these Big Tech leviathans, at the expense of Americans and our freedom.

(In an article I read after I drafted this post, Edward Ring calls this unholy alliance “the leftist corporate state.”)

None of this is likely to happen in the next two years. The leftist corporate state pursues nothing more aggressively than its own self-defense. But we can keep talking about these measures and prepare to move decisively. Something good may come of the 2022 election.

A lot of us won’t be talking about this on Twitter. But that’s Twitter’s loss.