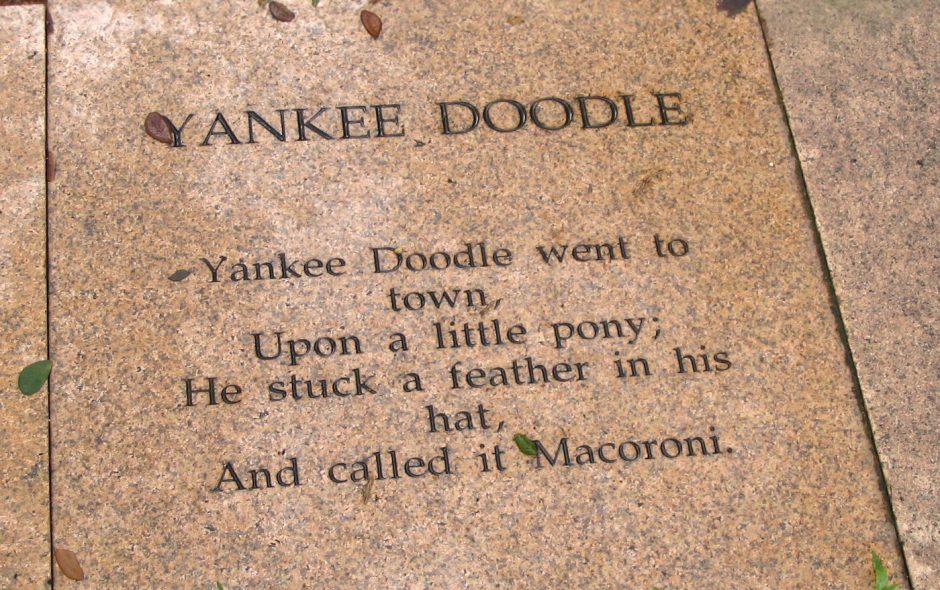 In the past few weeks I spent more hours than I want to count, writing a blog post about why I’m one of those Trump voters in 2020, after voting otherwise in 2016. I never imagined my position or explanations would please every reader, and they haven’t.

But most of the people who’ve disagreed with me in their posted comments or back-channel responses have been gentle, saying things like, “You’re overreacting” (won’t that be nice, if true!) and “I’m disappointed; I expected better.” The word “batty” came up. Propaganda was mentioned, and the phrase, “living in another universe” (not that I should, just that I do).

All in all, my friends and readers are far more civil than some folks. The contrast is quite striking just now. Last week, for three days, as I did my usual hour of daily reading, from Left to Right and back again, and scrolled through social media, I kept a list of negative things people said about me — well, me and everyone else who’s voting for President Trump.

Some of the writers are prominent voices in major publications; others are from small publications or simply my acquaintances on social media. I’m democratic that way.

By the way, that blog post I mentioned went live this week, so responses to it didn’t make the list, not that most of them would have anyway.

I listened to the Bill Bennett Podcast as I drove, the other evening. The former Secretary of Education happened to mention a similar list he put in his fine book The De-Valuing of America (1992), which I read years ago. My well-marked copy still has a place in my library and an honored place in what’s left of my memory. So I looked it up.

This is his introduction — his epigraph, really — to a brilliant chapter, “Reflections on Being in the Fight.” As you will soon see, my list has only the bad stuff; his mixes positive and negative.

“Who am I? [Dr. Bennett writes.] If you believe what I’ve been called in print, I am: a medieval knight jousting against an immoral world; Knight of the Right; the Reagan administration’s principal breaker of crockery; a bull in a china shop; a black sheep; the Lone Ranger; a loose cannon; a Neanderthal; a bully with a pulpit instead of a leader in a bully pulpit; the man who put the bully back into the pulpit; a cowboy in the capital; a noisy ideologue; a motor-mouth; a pain in the neck; sexist; imperialist; bourgeois; ethnocentric; selfish; solipsistic; secretary of ignorance; secretary of private education; secretary smarty-pants; secretary of religion; heaven-sent to silence the heathen; an ayatollah; Bennett the Hun; propagandist and ideological gangster; an ideological samurai; a divisive fearmonger; elitist; populist; someone who rushes in where politicians fear to tread; a political pimp; a husky brawler; a walking rock and roll encyclopedia; philosopher and tough Irish cop; a pit bull with a brain; a tornado in a wheat field; someone who combined the ideals of Erasmus with the tactics of an alley fighter; the Cabinet’s resident Dennis the Menace.”

My personal favorites may be this juxtaposition of opposites: “elitist; populist.”

My list shares themes with his, though mine is as current as last week.

I could assemble a similar list of negative things people are writing about Joe Biden’s voters. But that’s more difficult, because writers from that side — the ones I see — seem fewer and more inhibited, at present. More importantly, if I gave you that list and we differ on this year’s presidential race, you might mistakenly feel I was saying them about you, which I wouldn’t be.

See if you think Dr. Bennett’s list from the 1980s and early 1990s sounds comparatively restrained in 2020. And whatever your politics, I hope you find my list distasteful. If you find it useful and inspiring instead, at least you can’t accuse me of being unhelpful.

I read last week that I’m “stewing in … anger, resentment, and racism.” That I’m like the “pissed off” Germans after World War I, who raised up Adolf Hitler. That I lack knowledge and useful skills. That I’m a bully, a bigot, a xenophobe, a fascist.

I was told I lack compassion, empathy, and love for truth; that I want dirty air and toxic water; that I prefer millions of people to lose their health care.

I was told I’m a racist, and I want to take us back at least to Jim Crow, if not all the way to legalized slavery. Speaking of oppression, I was told I want to keep women barefoot, pregnant, in the kitchen — I’m paraphrasing that one, but faithfully — and generally subordinate. I want to deny women the vote, as well as equal pay for equal work.

I read that, despite being a Christian, I’m unable to “turn the other cheek.” That I don’t deserve compassion in my awful state. That I’m irrational and disturbed. That I cannot be understood, and it’s not worth trying. That I don’t deserve any outreach other Americans might make, to try to save me or make me into a respectable citizen of the world. That I don’t love my country, humanity in general, or the planet.

I read that, despite my country’s many achievements, it was never truly great. There was always a predominant dark side — and I’m it. And after the election, it’s time to stamp out that darkness once and for all.

For good measure, I add Keith Olbermann’s dictum from the previous week: I should be removed from society, once the Democrats win the election. (Yes, I do consider the source.)

I read that I’m among the angriest and most pessimistic of Americans. Did I mention I’m a racist? I also have authoritarian yearnings. I’m a monster. I have a psychological disposition to dismiss truth when I encounter it.

I was told I’m unaware of the struggles of people (presumably including my friends) whose sexual orientation differs from my own. That I get all my political thoughts from talk radio (which I mostly avoid), and Fox News (which I almost never watch).

Apparently I’m gullible and stupid, illiterate and undereducated. I’m the Trump cult. I’m selfish and anti-science. I’m governed by fear, rage, or both.

Here’s my favorite (in the darkest, most ironic sense of that word). I’ve read that voting for President Trump shows I value my political ideology more than I do my immediate family’s health and welfare, let alone my nation’s.

Did I Have a Point?

That’s the whole list, from more than a dozen sources last week.

So now I wonder, was making the list somehow cathartic for me? Is reporting it?

I don’t know. Is reading it?

It seemed fun for a moment there. Yankee Doodle and all that.

What I know is this: nothing they wrote makes me want to switch sides.

At this point someone might object that I used strong words about the other side, when explaining my vote for President Trump — which makes me a hypocrite, right, in addition to all those other things?

If there’s anything to be said in my defense, it might be this: I aimed my critique at people and organizations who are in the public eye and therefore somewhat familiar, and who are competing for our political support and therefore inviting us to evaluate them. By contrast, if all I know about tens of millions of other voters is their vote and the state (even precinct) in which they live, I have no basis to judge their character or motives.

When I do know them, some of my favorite people turn out to be Biden voters.

Make what you will of all this.

The painting displayed with this post at FreedomHabit.com is by Archibald MacNeal Willard, and is originally entitled “Yankee Doodle.”

On Inauguration Day: 15 Things I Didn’t Blog About Lately, 9 Wishes for Our Future, 8 Points of Gratitude and Pride, and 3 Gifts for You
January 20, 2017
Writing Effective Letters to the Editor
August 3, 2014
The Raw, Verbose Appendix to My Notes on the Presidential Election
November 7, 2016