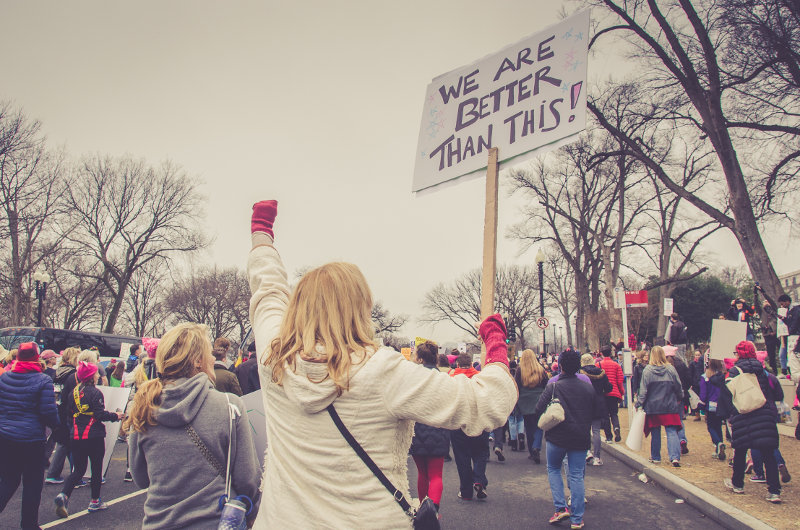 Let’s start with this: I don’t know who, if anyone, is telling the truth about Brett Kavanaugh and who isn’t. Nor do you.

I am aware that in our hyper-tribalistic political climate, I have just invited accusations that I am disrespecting the victim — here still the alleged victim, Dr. Christine Blasey Ford — or that I am a misogynist, or that I have insulted all women or at least all abuse victims by not instantly and automatically believing this one.

I choose to believe that American society has not disintegrated so far as to think we can determine truth by reading the labels we put on people. I choose to believe that more of us than make a fuss about it are still capable of rational thought, civil discussion, and patiently weighing all the evidence before drawing any conclusions.

I keep hoping that logic will help a little.

Suspicious Is Not Belief Is Not Knowledge

You and I may have our suspicions or even beliefs, which are stronger than suspicions. But based on what we’ve heard so far, the number of people who really know firsthand whether he did what she says he did cannot be greater than five — and some or all of those were drunk (if we accept that they were ever at that party at an unknown location on an unknown date).

My inclination in working with abuse victims off and on over the past 34 years has been to believe the victim, who, yes, is usually female or a child or both. Dr. Ford is making that difficult for me. I won’t review her story here (insofar as she has told it) or try to catalog all the red flags it sends up. There are almost as many people doing that as there are declaring the truth of every syllable she may ever utter on the subject. They all seem — and some of them claim — to know already that she is telling the truth and he is lying, or vice versa.

My own experience with abuse victims leads me to believe that women are usually telling the truth, when they accuse men of abuse. But not all of them are telling the truth. I have also seen reputations, careers, families, and lives destroyed by accusations which were later admitted or proven to be false.

That said, it doesn’t matter what the percentage is, if it’s less than 100 percent and more than zero. It could be 60, 80, 95, or 99 percent, and that still wouldn’t tell us whether Judge Kavanaugh or Dr. Ford is telling the truth — because statistical tendencies do not control specific cases. That’s why we try criminals (not that this is a criminal case) one by one, despite established tendencies, patterns, and probabilities.

That’s why this famous bit attributed to Ann Landers is a joke, not a great truth: “”One out of four people in this country is mentally unbalanced. Think of your three closest friends; if they seem OK, then you’re the one.”

“Beyond a Reasonable Doubt” Does Not Apply

This is not a criminal proceeding, so the test of “guilty beyond a reasonable doubt” does not apply. Nor does the civil court’s lesser standard, a preponderance of evidence. There’s a list of constitutional guarantees which apply to criminal cases but not to accusations made during the confirmation process. For example, the right to an impartial jury is just a bad joke here. Not a single member of the Senate Judiciary Committee would be allowed on a jury in this case, if there were a jury trial.

That said — and despite Dr. Ford’s evasions and unusual requests — it appears that tomorrow, in a meaningful sense, Judge Kavanaugh will exercise the right to confront his accuser. I have also seen Congress honor the Fifth Amendment’s protection against being compelled to testify against oneself, but I don’t expect any of that tomorrow.

Due process, as guaranteed by the Fifth and Fourteenth Amendments, is an interesting train of thought, but I’m not sure it applies to the confirmation process. If it did, Judge Kavanaugh might have a claim against Senator Feinstein, who knew of the accusation months ago, but (a) didn’t raise it in her official conversations with the Judge after his nomination; (b) didn’t present it to the committee, so it could be properly investigated before the hearings; and (c) didn’t raise it in the hearings. I think the Senate should formally censure her, but it will be a bright day in outer darkness before that happens.

It’s well known that if these were criminal charges, they could never go to trial. When the only evidence is the accusation itself, and the accuser is unable to pin down the time and place of what she says occurred, there could be no prosecution even without a statute of limitations. As a member of a criminal jury, I once found a defendant not guilty in the face of better evidence than we’ve seen so far. (We found him guilty of other things, where there was convincing evidence.)

It’s almost a pity that it’s not a trial, because a fair trial by an impartial jury is our most reliable way of determining truth in these matters.

This Is About Politics

Even if we ascribe delays, irregularities, and oddities in Dr. Ford’s words and actions to the trauma she allegedly suffered from Judge Canavaugh, or to fear of publicity, or to something else that isn’t malicious, we need only look at how Senate Democrats have handled the matter to see that for them it isn’t about truth — or justice for the victim either. It’s about politics. That is, it’s about power.

For example, either the Democrats are lying about her request for anonymity, or they abusively dishonored it. If they were protecting the alleged victim, rather than victimizing her for their own political advantage, they’d have protected her anonymity — again, if she really requested it — at least until they had explored the matter in a proper and confidential committee process and obtained her permission to go public.

If they were committed to discovering the truth, they’d have waited to hear the evidence before rendering their guilty verdict in the media, and they’d have used the committee’s ordinary processes for these matters, rather than evading them.

Delay is their first objective. They’d like to push a confirmation vote — if the judge survives the process long enough to reach a vote — until January, when they hope to have a majority in the Senate.

Taking the judge down is their next objective. If his nomination is withdrawn or defeated, that’s a win — doubly so because there’s not time to process another nomination before January. If they persuade him to step down from his current seat on the First Circuit Court of Appeals because of all this, that’s a bigger win.

The November election is a major concern for both sides — but there’s a not-very-fine line between energizing the voters and disgusting them. Most voters aren’t stupid. And a lot of people who don’t have time or inclination to pick up a protest sign are watching both sides’ conduct in this matter and not liking a lot of what they’re seeing. My gut feeling is that the Democrats are losing the battle in Peoria, though obviously not inside the Beltway or the New York Times boardroom. But much here depends on tomorrow, and one has to wonder if folks won’t lose patience with the Republicans if they can’t manage to confirm this nominee, or if they handle the questioning badly. One wonders if people might turn away from the Democrats, if it gets too absurd, too cynical, too combative, or too obviously unjust.

If they can repel decent people who might otherwise get involved (or remain involved) in the messy processes of self-government, that’s a win for the Leftist agenda too. It’s much easier for scoundrels on both sides to rule, when decent people can’t stand politics any more.

Or maybe their motives are not so crass. Maybe they mostly just care about women who have suffered abuse; we all should do that. If you believe that this is what’s happening, I am powerless to stop you.

I have these thoughts about tomorrow.

If Dr. Ford testifies under oath, I’m willing to consider her testimony, and so should the Senate. If she doesn’t testify, or if she testifies but not under oath, the committee and the Senate should dismiss her accusations and testimony and hold their votes.

We need to worry about damage to the process, not just the outcome of this nomination. How little evidence are we willing to accept as sufficient to destroy a person’s reputation and career?

So far, we can be thankful that people who will now stoop to almost anything to win power have so far limited themselves to character assassination, rather than using actual bullets.

In the absence of sufficient evidence, persuasion and politics will rule the day. Where the truth or falsehood of the charges is concerned, we’re not likely to know any more than we know now, when this is over.

Don’t let anyone fool you into believing that this is about fairness — to the alleged victim or to the allegedly falsely accused nominee. Fairness sounds like an ideal, and maybe it used to be, but now it’s a weapon. It’s what you demand for yourself while you do your best to deny it to the other party — which means it isn’t anything like fairness, really. Rather the opposite.

Was Dr. Ford assaulted? I don’t know. I suspect she might have been. If so, it was a tragedy and a crime, and for that someone should have paid long ago.

If it happened, did Judge Kavanaugh do it? I don’t know. I suspect he might not have.

Again, suspecting is a lot less than believing, and believing is far less than knowing. I may reach belief on some points tomorrow or thereafter, but I don’t expect anything resembling knowledge. If you can do better, good for you. 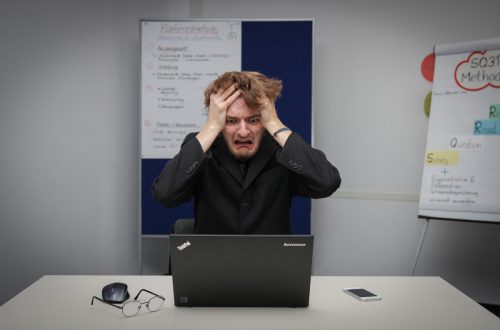 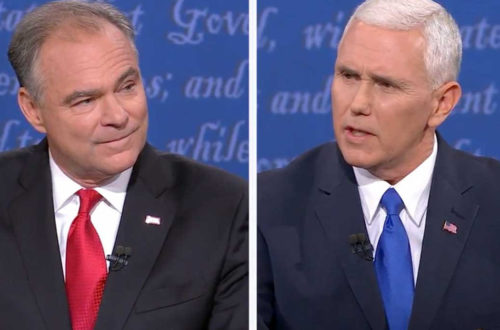 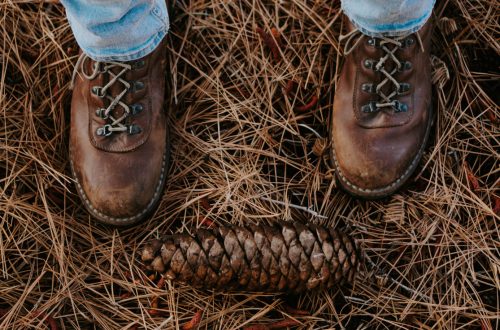