If the title wasn’t enough of a warning, here’s one more: These notes are fairly raw, in places less than fully formed, haphazardly organized, and generally undocumented by links to data or other materials. They’re part of my thought process as a voter in the 2016 presidential election. Make of them what you will.

If you’re looking for my traditional voter’s guide, follow that link. All of this material was drafted for it but cut, so it wouldn’t be completely out of control.

The anti-McMullin crowd, which keeps saying we don’t know enough about him and he’s not qualified, is glossing over the fact that we know a great deal about Mrs. Clinton and Mr. Trump, including that they are profoundly unqualified.

For the moment, I’ll briefly summarize my evaluation of the candidates in various policy areas. Feel free to agree or disagree, either in judicious silence or in very welcome comments here.

I hear Donald Trump say that he wants to make America great again, but I do not hear any serious discussion of keeping us free or making us more so, or any cogent explanations of how he’ll restore our damaged institutions to accomplish that end. I hear protectionism, xenophobia, isolationism, extreme narcissism, and a shallow, childish understanding of government and issues. And I’m just listening just to him, not the mudslingers. I have no reason to believe that freedom of speech and freedom of religion are in any less jeopardy with him than with Mrs. Clinton.

From him I hear words and attitudes about women which, in my mind, disqualify him from any position in which he might be mistaken for a role model for my sons. I hear thuggish, brutish words which shouldn’t come out of any man’s mouth, let alone a president’s, and I see that he attracts masses of thugs and brutes to his cause (along with a lot of other, far more palatable, decent folk).

I don’t trust his judgment or his on-again, off-again, selective conservatism. I don’t trust his business sense or whatever thin veneer of economic understanding he may have acquired. I don’t trust him to appoint Supreme Court judges who will advance the cause of constitutional government, or to discern the difference between a sound, conservative legal mind who will wield long-term, legitimate influence on the Court (think Mr. Justice Scalia) and an ideologically poisoned wing nut who will discredit the cause of conservative jurisprudence for generations to come.

Granted, it’s another long shot, but I will place my hopes, where the US Supreme Court is concerned, on a Republican Senate – which does not have to approve any nominee at all. (I do think there should be hearings and votes.) The Court has operated short-handed before in the long term, and they can do so again.

I also don’t trust the party whose voters nominated Trump – a party I recently left, for that and other reasons – and I do not admire many party leaders’ willingness to whitewash their sensibilities and promote him as if he were Ronald Reagan (whom a previous generation of GOP leaders also didn’t want, by the way). Mr. Trump is a thin, shallow, sick parody of Ronald Reagan and of Mitt Romney.

The best reason to vote for Donald Trump is to help spare the nation from Hillary Clinton. The problem is, as bad as I think she is, he might be slightly better — or far worse.

As to Mrs. Clinton, well, laws are for little people, right? Her extreme narcissism and lawless inclinations are mostly hidden on the campaign trail, but for voters who’ve been watching her for a quarter-century, little or nothing among the recent WikiLeaks is surprising.

I’ve been thinking lately that the corruption found in the Clinton political machine is probably dwarfed by the corruption around it. Their party, the big media acronyms, and whole branches of the federal government, already perverted to serve political ends, seem to have been further distorted in order to protect her from prosecution and advance her candidacy.

For the most part, her policies will be more of the same, moving us away from the freedoms which made the United States of America distinctive and successful, and toward European attitudes which aren’t even working very well in Europe any more. I can’t imagine her doing anything to reverse the partisan politicization of the Justice Department, the IRS, or the EPA. Further, the Supreme Court has been a partial restraint on President Obama’s inclinations toward elected monarchy, but it is necessarily a slow and partial restraint. And she would further weaken that restraint by her appointments.

And those who hint at dark ties between Mr. Trump and Russian President Vladimir Putin would do well to ponder the influence of personal American enemy George Soros on Mrs. Clinton, her campaign, and her party. There’s a trainload of his money in our politics.

I can’t take Gary Johnson seriously, not just because of his party. Maybe if Bill Weld were at the top of the ticket . . . That would at least warrant a second look.

I’m not a Green Party person.

Earlier this week, I was torn between not casting a vote for president at all and voting for Evan McMullin. He won’t win, and I’m not sure I should relish the unlikely entertainment of seeing an election thrown to the House of Representatives. But I would very much like to a new conservative movement and party take hold, and his winning a few electoral votes would advance that cause considerably.

Then I read more toxic bilge from senior Trumpists, threatening Mormons with a generation of political exile (or an actual purge, in one major donor’s words), if Utah doesn’t deliver its electoral votes to him. And I read McMullin’s sensible, insightful treatment of the Middle East in Foreign Policy, and found it quite refreshing. Even when the present campaign has been about issues for a few minutes, it hasn’t been so detailed or so sensible.

That tipped the balance. I voted for Evan McMullin. Yes, I’ve read all the reasons why I shouldn’t have done that, and you’re welcome to tell me yours. But so far, I have no more regrets about that vote than I have over leaving the Republican Party a few months ago. (They just keep making me gladder and gladder I did that.)

If all a decent McMullin result does is give hope to conservatives that they may not have to live in exile – or in either current major party – I’ll be happy to have helped.

I’ve been suspecting a Trump victory for a while, and it’s looking larger and more likely.

But I won’t be surprised if Mrs. Clinton wins, even handily. It depends on who shows up at the polls. And as my friend Enoch Lambert suggests, one way or another, we the people will have to stay engaged, in order to limit the constitutional and other depredations committed by the winner, whoever that may be.

Meanwhile, McMullin has a decent shot to beat Trump in Utah, and the Trump campaign is doing its best to make that happen, through its tone-deaf ineptitude. A few more offensive statements and robocalls should just about seal it for him. And Hillary Clinton’s surrogates among the big media acronyms aren’t hurting his cause either, by speaking favorably of him. It’s childish to suggest that he’s a Clinton plant, or that it’s wrong for him to have preferences among the candidates he’s trying to defeat, but the simple fact is, she doesn’t want Mr. Trump to have Utah’s electoral voters either.

They said Utah is more politically divided than it’s ever been. I doubt they’re surveying 120 years of electoral history before they draw that conclusion, but we’re at least more divided than I remember. In what has been a one-party state to a profoundly unhealthy degree, I think that’s a wonderful development.

Trump complains, “The guy takes votes away from me, this man who I never heard of.” Actually not, Mr. Trump. They’re not your votes to begin with. You have to earn them. You haven’t earned mine. In spades.

And Back to the Big Two

Yes, Mrs. Clinton has said that people with religious views opposed to left-wing sacred cows will have to change them. Yes, she has designs on limiting her opponents’ political speech. But nothing Mr. Trump has said or done suggests to me that freedoms of speech and religion will be any safer in his hands.

Yes, I like his insistence that 4-6% economic growth is healthy and possible – but I don’t know how protectionism gets us there, and I don’t suspect a shallow populist of having the economic and political chops to facilitate that.

And as for this thing where people think we can elect Trump and then impeach him and get Pence . . . Are you nuts? I like Mike Pence, but the left doesn’t. And impeachment (and conviction) would send shock waves through our politics for a decade or maybe a generation – and your Republican Party is presently much too fragile to endure that.

The GOP is probably dead either way. (Leonard Pitts, Jr. has a point.)

As for cleaning house  . . . He can’t rule alone, even after Obama’s abuses. And the unfortunate thing about anti-establishment candidates is, once they win, they and their minions become the establishment. The moral and political force necessary to prevent or diminish that is beyond . . . well, let’s just say that I think only Donald Trump attributes that high level of moral character to Donald Trump.

As for electing Hillary and then impeaching her – can she pardon herself? – then we get Tim Kaine. Oops. (I’m judging him only by his debate performance and the fact that Mrs. Clinton nominated him.) And seriously, rigging debates? Why isn’t there anyone in her orgranization with enough honor to say, “No, we don’t do that”?

One of the things I’m saying is, I’m not seduced by policy when the purveyor is without honor. (Do I sound a bit Klingon there?)

Aftermath of a Trump Victory

Trump wins, and the party increasingly plays down to the Democratic lies of the past: thugs, racists, etc. This forces many people and maybe some in Congress out of the party. The Democrats, reeling from their inability to defeat Trump, tack to the center to pick them up, thus becoming more of a majority party.

The Republican party is severely weakened and dwindles away after an awful four years of Trump. The Democrats take power and start to move left again. A new party (possibly called republican) emerges, pulling in previously exiled conservatives and right-most Democrats queasy from the left turns.

I can think of lots of ways this could go badly. But it the demise of the GOP could also be good in some ways. 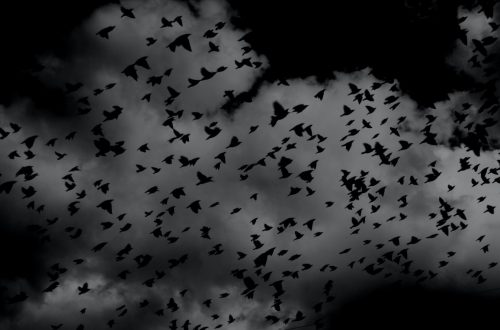