I did it. Heaven help me, I did it. I watched the entire first presidential debate, from beginning to end.

I took only a few notes as I watched. But you can watch it yourself here or read a transcript here, and of course there will be multitudes offering to tell you what the candidates said and what it means and what you should think. There are already lots of fact-checkers too, and if I ever see one who appears nonpartisan, I’ll let you know.

For what it’s worth, I didn’t have time for the pregame chatter over the past few days, and I wasn’t interested in all the immediate postmortems, where everyone tries to spin the thing as if it were exactly what they wanted it to be.

Within minutes of the end, people were asking me who won the debate. I’ll answer that in a moment, but it’s not that simple.

Keys to the Game

Both candidates did some of the key things they had to do. Mrs. Clinton had to appear healthy and strong to the end, and she did. Mr. Trump had to appear basically sane, and his lowbrow charisma had to come through even without constant feeding on applause; he did, and it did — as far as I can tell when it doesn’t work on me.

She had to sound presidential, and it was a close call for a while, but eventually she did, in speaking of our commitments to our allies. He couldn’t look like a bully or a nuclear cowboy, and he didn’t — tonight, that is. She had plenty of ammunition to launch from his past excesses, on those themes among others.

She had to be the elder, seasoned statesman and leader, in command not only of the facts but also the vision and the room. As much as reasonably possible, he had to avoid looking like a rookie. And here’s where we start to pick a winner.

My general impression was that it was a childish, somewhat unskilled debate. In that climate, the smart money is on Mr. Trump every time, because he’s not the one who’s been on the national political stage for decades, and he’s not the one people generally expect to act his age, give or take.

Of course, the evening was full of soundbites — mostly rehearsed, I suspect — that will have the campaigns, the media, and other seagulls and vultures chirping and circling until the next debate, at least. Nothing is more predictable.

For example, on the subject of Mr. Trump’s unreleased tax returns, which deserved about five percent of the attention they got, if that . . .

That volley went to Mr. Trump.

Speaking of soundbites, I heartily dislike the mouthpiece, and I’m not a Republican any more, but I’m still a conservative. So I did enjoy hearing a Republican candidate say to a liberal, “We don’t have the money, because it’s been squandered on so many of your ideas.”

For all the soundbites, the 90-minute debate, rather like the campaign, was frustratingly short on coherent explanations of policy positions and clear visions that might appeal to Americans. It was overflowing with accusations and rebuttals. She preached to him about being president and a candidate for president; he pounded his chest less than in some stump speeches but more than he should have.

I’ve never been a candidate, but I’ve moderated debates, and I’ve coached candidates for debates on smaller stages. So I’ll put the rest of my thoughts in that context, in the hope of giving you more of the flavor of the evening.

If Mrs. Clinton came to me and asked me how to do better next time — by the way, she does better in debates or highly-rehearsed major speeches than in stump speeches, where she’s often shrill — here’s what I’d say. 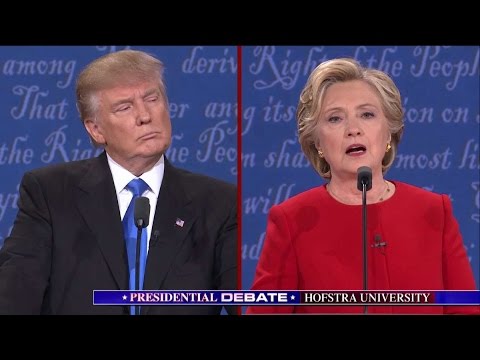 If Mr. Trump came to me and asked how to do better next time — which is equally likely — I’d say:

If Mr. Holt — who has a great voice and a competent manner — came to me to ask how to be a better moderator, I’d say:

All of that said, I can’t imagine any of these people seeking my advice.

Early in the debate, the moderator asked Mr. Trump, “How do you make [companies] bring the jobs back?”

Was Ronald Reagan the last presidential candidate who was thoughtful enough, articulate enough, and conservative enough to hit that one out of the park? Will we someday have another candidate who can respond like this? . . .

“We don’t make companies come back. We don’t make them stay. That’s the difference between me and my opponent, and between my party and the other party. That’s the difference between most Americans and the folks in Washington who think they know better. Instead of forcing them to do what we want, we create a climate with our tax policies, and by restraining our urges to regulate everything that moves, in which they want to stay – to which they want to return, to which they can afford to return, where they can thrive. We lower their taxes dramatically and close their favorite loopholes at the same time, pursuing growth and fairness simultaneously. If we do it right, we get them back, and we keep them here. Then they contribute to our economy and tax base instead of someone else’s.”

That would also be a good time to mention that we’re Americans. We don’t trust government with the massive power required to decide who has too much, to take it from them, and to pass it to those we think deserve more. Mrs. Clinton is a little scary that way, and Mr. Trump doesn’t call her on it.

But enough. All this is one guy’s opinion. What’s yours? 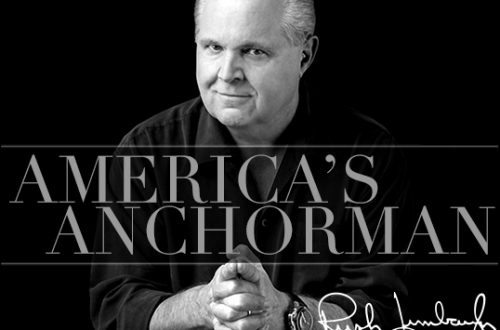 10 thoughts on “Notes on the First Presidential Debate”