Convention season is upon us. I have hopes and fears — or at least some fervent wishes and grave concerns.

(I regret that my describing them will seem negative to some readers, and that I will be criticizing candidates some of you may support — and refusing to embrace your reasons for supporting them. If it’s of any comfort, I don’t insist that you agree with me, and I admit the possibility that I may be wrong. But I cannot tell you what I think without telling you what I think.)

My first hope: May God have mercy on our nation — even if we ourselves collectively may not. I don’t expect either convention to do us proud.

My second hope is that the people who sit back and think, “It’s working,” when they hear news of police officers being shot in our cities, won’t have any new cause for celebration in the next two weeks.

My third hope is that the only violence at either convention will be the violence of words. That will be toxic enough.

What I expect, when the conventions are finished, is a November choice among two tyrants-in-waiting and a libertarian. I wouldn’t mind seeing Libertarian Gary Johnson poll well enough to get into the presidential debates, but I won’t vote for him either.

I fear I’ll not be voting for president at all this year, for the first time since I reached voting age. I’ll still vote in other races, but I won’t vote to put a tyrant in the White House, whether he’s a populist boor with no government experience and only a nodding acquaintance with the Constitution, or she’s so much a creature of the establishment that she has molded it to support her despite her unusual unpopularity and the fact that most folks seem to think she should be in jail. Either way, our civic life is at risk. (Let’s leave for another day the inflammatory explanation why I won’t vote Libertarian.)

I hope Senator Mike Lee, the heavyweight on the GOP convention’s rules committee, has found an honorable way within the rules to dump Donald Trump. It’s a faint hope, but if anyone can find such a thing, he can. And if anyone will know when to quit, he will.

Unlikely as it is, if there’s a way, I’m not sure what there is to lose by trying. The death of the Republican Party as we know it is as likely if they don’t try as if they do. If dumping Trump is not to destroy the party, it will have to be done honorably, transparently, and within the rules — and it will have to produce a wildly successful nominee and president. Odds: infinitesimal.

Otherwise, I’m having a hard time coming up with reasons why the GOP should survive as a major party — or if it does, why I should remain in it. The party whose primary voters produced Donald Trump is not my party. A party led by Donald Trump would not be my party. My party knows too much of politics, government, history, and human decency to fit into a Trump-led GOP . . . if only my party really were a party.

Jumping from Cleveland to Philadelphia now, the other folks aren’t my party either, for reasons too numerous to mention here. (If I did mention them, the list would include their increasingly overt disdain for freedom of speech, freedom of association, freedom of religion, federalism, the separation of powers, economic freedom, and the scientific method.)

Next week, the Democrats meet to ordain Hillary Clinton — unless the White House decides somehow that she clearly can’t win in November, in which case she might be indicted after all. (Am I too cynical?)

Failing that (don’t hold your breath), the Democrats will have most of a week to tell us what they always tell us: how Republicans hate the poor, hate children, hate the planet, hate women, hate people of color, hate gays, hate clean air, hate immigrants, and hate anyone and anything else they can think of. Sadly, this year, for once, we can look at the presumptive Republican nominee and many of his supporters and think that the Democrat hate speech will misrepresent the GOP nominee rather less than usual.

There is a very small hope that, if the next two weeks are sufficiently toxic, a compelling and qualified independent candidate may join the race and gain widespread support — at least enough to throw the presidential election to the House of Representatives.

Otherwise, if Donald Trump and Hillary Clinton are both on the ballot in November, and one of them is elected, I think the best-case scenario — our best hope — is that Congress will soon be shocked and horrified into a renewed sense of its duty and begin to govern again — substantially restraining the egomaniacal despot in the Oval Office. Wouldn’t that be a nice change? They could start by coming to a renewed awareness of the first words of Article I of the United States Constitution: “All legislative Powers herein granted shall be vested in a Congress of the United States.”

The revival of Congress is a slightly weaker hope with a President Clinton than a President Trump, probably, but that’s not enough to make me vote for Donald Trump.

A more likely scenario — this is one of my fears — is an accelerating spiral into decades of tyranny, leaving the American people a huge mess to clean up, if we ever come to our senses, and turning the world, even more than we already have, into a playground for global jihad and for long-standing Chinese ambitions too.

Some of my friends will wonder why I won’t vote for Mrs. Clinton, just to save the nation, the world, and public good manners from a disastrous Donald Trump presidency. That would be a worthy cause, I grant you. But I’ve been watching Hillary Clinton and listening to her for a quarter of a century. She’s more of a leftist of convenience, I think, than an Obama-esque ideological leftist, but she’s still solidly to the left of good government. Her true ideology is her own political advancement. As to temperament and character, her record of attacking women — notably her husband’s victims — is more than off-putting. Her well-documented disdain for and verbal abuse of anyone in uniform should by itself disqualify a prospective commander-in-chief. And she lacks her husband’s political instincts and realism.

Many of my friends will wonder why I won’t vote for Donald Trump, when a few of the things he says are somewhat like my views, and when his victory would save us from a disastrous Hillary Clinton presidency, and especially her Supreme Court appointments. Here are some reasons.

He says awful things to and about women — in public, to the cheers of his audiences. That he reportedly treats some women well in real life, including business, doesn’t mitigate the harm here. I live with women. I work with women. I worship with women. I also have sons whom I am trying to raise to treat women (and men too) with the respect they deserve. I want none of these people to see me supporting Donald Trump — or excusing his foul behavior because he has the right idea about something, or because someone else might be even worse.

At least Mrs. Clinton attempts to act dignified when cameras are present. Mr. Trump may not be the world-class boor he plays on the campaign trail, but the fact that he’s willing to play the role for political gain offends me, and the people he attracts by doing so are not people to whom I wish to cede our political future. We cannot make America great again by encouraging and celebrating the baser human motives, or by mass barbarism . . .

. . . Or by xenophobia, for that matter. In immigration policy Mr. Trump’s violent extreme is no more honorable than President Obama’s lawless extreme, and neither is an acceptable solution.

Neither Mrs. Clinton nor Mr. Trump seems to have any deep commitment to the US Constitution and its structural and procedural limits on government power, which exist to protect our freedom. Neither seems particularly interested in religious freedom.

Neither of these candidates has, as far as I can see, wise domestic and foreign policies that will secure our nation and help to stabilize the world.

Neither has the credibility to lead us in a difficult war against an ubiquitous but unconventional opponent who wields weapons from the modern age in service of a genocidal ideology from the Dark Ages. If either frontrunner has the capacity to do so, it is exceptionally well hidden.

Neither seems to be dedicated to any higher principle than personal power, and I will not vote for pathological narcissism. There has never been a good time for this in the Oval Office, and this is a particularly dangerous time for it.

As to Mr. Trump, David McCullough puts it well — and too much of this describes Mrs. Clinton too:

So where’s the hope? My title promises hope, after all, not just fear. So here is my long-term hope.

Our Constitution is still somewhat intact. Many of our people may be allowing their fears and other passions to lead them to folly, but common sense is alive and well among Americans and is likely to intrude upon our politics again eventually. And as much damage as a poor American leader can do at home and abroad in four years or eight, we have weathered larger storms than this.

Our lot will not be altogether happy, and it certainly will not be easy. And we cannot afford to be idle or absent from the public square. But I believe the lamp of freedom yet burns brightly enough among us that we can cling to a rational hope even in an age of elected tyrants and their fools.

Finally, if you are inclined to turn to God for his blessings upon our nation and the human race generally, there is still greater hope. I happen to believe that God cares about human freedom and good government, even as he honors the former by letting us stifle or dismantle the latter. So it seems reasonable to hope that he will make a path for people who wish to become or to remain free. And as soon as enough people learn — by sad experience or otherwise — to see that path for what it is, and muster the courage to use it, things will start to get better again. 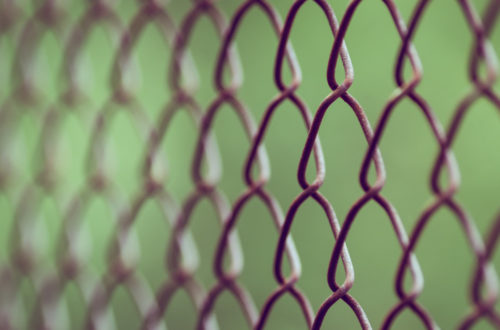 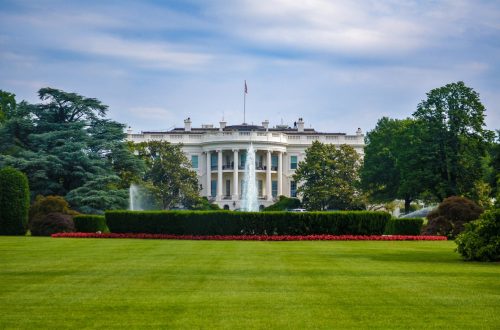