The Iowa presidential caucuses are tonight. (Finally? Already?) I suppose we could try to analyze the polls, the history, and the weather forecast, in order to project who will win for the Republicans and the Democrats. But I’d rather just see what happens — because for once the results will be real. It’s the first time in what already seems like a long campaign that we will get actual votes instead of polls.

Sometimes the votes follow the polls. Sometimes they don’t. People don’t always tell pollsters the truth, due to social pressures. Polling samples can be flawed. And maybe there’s one more thing.

Maybe when it’s a real vote, people are more inclined to look pass their anger and frustration and consider the merits of sending a capable leader, not just an angry message, to Washington.

Will Republican voters be more serious, all of a sudden? We’ll come back to that.

I don’t even know what serious would look like for a Democrat voter this year. (Maybe that’s why I’m not a Democrat.) It’s hard to imagine serious being a vote for Hillary Clinton, who defines not only the establishment but also the word felon.

I can’t see serious being a vote for the major challenger, Bernie Sanders, who has the refreshing (and contrasting) candor to label himself openly as a socialist.

There’s another guy running too, right? Some governor or other? A Martin O’Malley? Could a serious vote go for a guy polling below 5 percent?

Maybe the smart Democrat vote is for Clinton, in the hope that she’ll be indicted before the convention, be forced to withdraw from the race, and release her delegates. Then the convention could settle upon someone serious who isn’t even in the race right now. Or, if not someone serious, then Vice President Biden. I’m not saying that will happen — it’s definitely a long shot — but it could.

Then there’s the GOP. Donald Trump is leading in the polls, with Ted Cruz a respectable second. According to RealClearPolitics.com‘s tracking, both Trump and Cruz are slipping a bit and Marco Rubio is rising — but not enough so far to slip into second place or the lead, though the very latest polls show a close three-way race.

But as I said, there are polls and there are real votes. Things happen when we move from one to the other. Sometimes.

My opinion is just one guy’s opinion, and you may not like it, but here it is.

If Trump wins Iowa, the Republican voters weren’t serious. Just angry. As in throwing a tantrum. He’s not a conservative; he just knows how to push the buttons of conservatives inclined more to anger than to serious reflection. He’s a populist, a crass opportunist, a boor — and none of those things is good in a president. You will note, though, that I have not called him a fool.

If Iowa Republicans choose Ted Cruz, I’ll say they chose to balance seriousness with anger. That’s a better outcome. But I’m not a fan of Cruz. From the endless fund-raising e-mails, which cross a few lines for me (and I’ve done e-mail marketing professionally), to that ridiculous, offensive, manipulative, borderline threatening mailer he sent out in Iowa last week, telling your neighbors how often you had voted — his campaign has the despicable flavor of FreedomWorks, where truth and falsehood are equally valued weapons. It’s just possible that, if voters were sufficiently offended by these tactics, and if they really do get serious, Marco Rubio will move up to second place, at least.

I’m not saying that’s likely. I’m saying it’s possible — and I’d like it. Right now, the best GOP ticket I can see is Rubio-Fiorina.

In case you wonder how I, a self-professed conservative, could favor such a candidate as Marco Rubio, here’s a small collection of readings which explain it rather well.

WaPo’s Jennifer Rubin writes, in “Rubio critics say he’s too likable for his own good“:

Unlike Sen. Ted Cruz (R-Tex.), he does not come with a hard edge. Unlike Hillary Clinton, he’s young and quick on his feet. Unlike Donald Trump, he’s not mean or bullying. And while taking a serious tone about foreign policy and being forthright about threats, his campaign theme — a new American century — is forward-looking and optimistic. Even opposing campaigns acknowledge, yeah, people really like him.

. . . In a year in which channeling anger is the norm, Rubio’s nice-guys-finish-first approach is a bit of a throwback. . . . Nevertheless, this year’s election seems to be a contest about who can project the most rage. . . .

Rubio . . . has already developed a reputation for sober policy proposals and detailed knowledge. His debate performances have cemented the impression he is a polished, wonkish pol. . . .

Rubio may well be the most skilled Republican of his generation. . . . Whether that works in the year of the angry voter remains to be seen.

Jim Geraghty at National Review lists Rubio’s conservative credentials — and they are more than convincing, unless you’re one of those people who calls anything short of rounding up umpteen million people and shipping them south of the border in cattle cars “amnesty.” He quotes Peter Beinart of The Atlantic, who “argues that the Florida senator uses a warm, empathetic tone to promote conservative policies”:

“When faced with a controversial issue, he doffs his cap to the other side, pleads for civility and respect, insists that it’s a hard call — and then comes out exactly where you’d expect him to come out.”

Judging from the number of people calling Rubio a RINO, squish, establishment, etc., perhaps Rubio is a victim of his own golden tongue. If the perception that Rubio is too moderate costs him the GOP nomination, it will reveal a great deal about what defines a conservative in 2016. Sadly, the label no longer has much to do with actual policy positions, ideas, or governing philosophies.

If Rubio is no longer conservative, then conservatism is now primarily a matter of aesthetics.

Writing in WaPo, a less complimentary Paul Waldman, looking from the outside in, and not necessarily reflecting my own opinion in every detail, observes (in late December):

While everyone waits for the voters to finally figure out that they ought to be supporting Rubio, the only candidate who at the moment looks like he might be able to defeat Donald Trump is Ted Cruz. From the perspective of the party’s fortunes in the general election, that would be sort of like being cured of your electoral syphilis by contracting gonorrhea. . . .

By now, a vigorous debate about electability should have been in full swing, with Republican voters trying to determine which candidate would have the greatest appeal to independent voters and do best against Hillary Clinton. But that discussion has been pretty quiet, for the simple reason that the voters don’t seem to care very much. They’re angry about the state of the country and they’re fed up with their party’s leadership.

Iowa — or for that matter New Hampshire — isn’t everything. The winners there don’t always win the nomination; Rick Santorum and Mike Huckabee didn’t in the last two elections. But it’s more than nothing, and, as I said, it’s our first real electoral data of the season, after so many polls.

It should be interesting.

Proofreading and Politics in Draper
May 20, 2017 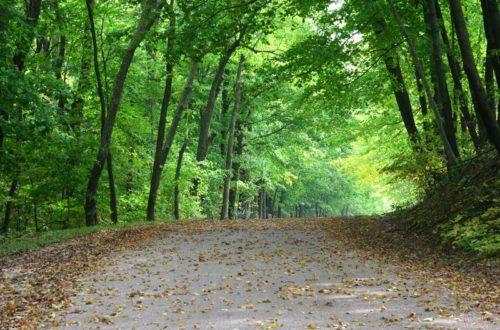