Historically, the most important feature of a republic is that it is not a monarchy. No king or queen exercises personal authority over the people, who are considered to be the crown’s  subjects. The nation’s wealth and land are not considered the personal property of the monarch. Rather, the people — at least some of them — are elevated to the status of citizens, and it is understood that government is the common business (res publica, in Latin), and is conducted for the common good of the citizens, who in turn participate directly in their government.

These ideas were developed by philosophers at least as early as Plato and Aristotle, about two dozen centuries ago. In classical times, somewhat under the influence of the Greek city-states, the Roman Republic idealized the virtues of military glory, freedom from the arbitrary power of tyrants, and patriotism or public spirit. However, even near its historical roots, the concept of republic was complex. Building on the work of Plato and Aristotle, the very influential Greco-Roman historian Polybius, writing in the second century before Christ, proposed that the Roman Republic’s greatness and stability were due principally to its balance of monarchical, aristocratic, and democratic elements; this became a major pillar of classical republicanism.

After stronger monarchies wiped out the ancient republics, interest in the republic faded for centuries. It revived near the end of the Middle Ages in north Italy’s city-states, with arguments for popular sovereignty, a wise constitution, and a sense of civic virtue which, it was thought, must have priority even over religion. Public good must be valued over private interests, including the pursuit of wealth; the people must avoid factional disputes; and they must be willing to fight for the republic in person, instead of hiring mercenaries. This is a static, harmonious, almost tranquil model for a small nation; it seems to defy human nature. In Florence, Venice, and elsewhere, the republics soon fell to conquering monarchies again.

In many ways a very realistic philosopher, where human nature was concerned, Niccolo Machiavelli suggested that a more turbulent republic, in which there were tensions between classes, might be stronger and more stable. In a similar spirit, but centuries later, James Madison would explain in Federalist 10 that the US Constitution was intended to balance the inevitable factions against each other, rather than naively assuming that the very existence of factions could be avoided.

Republican thought was, in fact, revived again in the eighteenth century, but the republic was still thought to be a rare exception to monarchy, best suited to small city-states rather than large nations, and possible only in exceptional circumstances which — based on observed history — were not likely to prevail for long. British thinkers of the era tended to see the republic in practice as a mixed form of government, still involving some monarchical and aristrocratic elements.

The American Revolution — by which I mean more than just the Revolutionary War — remade the notion of a republic in major ways. It disposed of the monarchical elements altogether, vesting in the people what had been the monarch’s total sovereignty. It was also hostile to the notion of aristocracy. It mostly replaced the direct participation of citizens in government by the election of representatives, thus avoiding in some measure the known perils of direct democracy and also creating a form of the republic which might be extended across a nation much larger than the old city-state. Thus, thanks to the Americans, the republic came to be seen as a universal challenge to monarchy and a system of government fit for a large nation, which could survive for an extended period.

In the ensuing century and a half, most of the monarchies of the Western world yielded to republics, though not all did so completely. The basic notion and appeal of the republic continued to be that it was not a monarchy; that the nation belonged to the people, not personally to the crown. In France this change happened in fits and starts, but now France has no royalty at all in its system. In England the royal family still exists, but has very little political power. In Russia . . .

Ah, Russia. In two basic steps, in 1905 and 1917, something overthrew the monarchy. To replace the tsar (the Russian word for Caesar), soon a new nation arose, calling itself the Union of Soviet Socialist Republics. Did this phenomally brutal, deadly, and oppressive nation deserve to use the term republic? Suppose we ask the same question about its now-defunct client state, the German Democratic Republic, and the Soviet Union’s major rival and imitator, the People’s Republic of China. Was the naming of these nations a proper use of the word republic?

Here’s why. They were not monarchies. They embraced and even celebrated a certain sort of public involvement. It was declared and generally understood that the nation belonged to the people, that their rulers derived their nearly absolute power over the people from the people, and that they ruled in the name of and for the benefit of the people as a whole. There were written constitutions describing the forms of government and even some rights the people supposedly enjoyed.

For all that, these Marxist republics differed from the American republic in some crucial ways. In the American sense they were not constitutional, because government was not understood to be limited in its scope and power by their constitutions, and individuals did not really enjoy basic human rights, even though some were mentioned in their constitutions. Rule of law has never been a governing principle in the Marxist republics. Moreover, rather than surviving in the long term by pitting factions against each other, these republics actively sought for harmony — by persuasion, by indoctrination, by threat of force, and by killing tens of millions of people. Finally, they had a fundamentally different notion of public participation, which I will discuss in the future in connection with the terms democracy, social democracy, and Marxism.

Perhaps we should also pause to note that some of the French republics were exceedingly brutal as well — long before the Marxists of Russia, China, and elsewhere came to power.

I draw the these conclusions from all this history:

First, outright hostility to the notion of democracy — even to the word democracy — is incompatible with professed love of the republic. Every republic of which I know has in some sense and degree included elements of democracy. Democracy is not just a cosmetic element of the republic; it is a pillar of it. In fact, as I have mentioned, at least some of the ancient republican city-states were directly democratic, not representative.

Second, in our time the meaning of the word republic depends on the adjectives we attach. When Ben Franklin famously said that the Constitutional Convention of 1787 had given us “a republic, if [we] can keep it,” the word republic may have been enough on its own. Even if it was then, it is not enough now — not after France, Russia, China, and a host of other countries have found ways to have unimaginably bloody, totalitarian republics.

I prefer a pair of adjectives. The American republic, the one I value, is a constitutional, democratic republic. I like constitutional because in the American context it suggests a limited government, bounded by a constitution which enumerates its powers and guarantees certain rights and protections to citizens. Democratic is a problematic word with many definitions, some of them partly contradictory. I still prefer it here because one of its current, legitimate meanings is that we hold real elections. These are rarely — and never at the national level — to approve or disapprove specific legislation, but to elect our leaders, including our legislators. In an American context democracy also means that we value the individual, not just the collective, and protect the individual citizen’s rights and autonomy.

Someone may still wonder, why not just use the word republic without adjectives even now, and assume that people — at least real Americans — will automatically know what we are thinking? I know what I mean, after all. Should I not be free to use the word however I want, whether other people have different understandings of it or not?

I am sorry to say that these questions remind me of a similar question posed by an administrator in the Alpine School District. Reportedly, he asked, Why can’t we make up our own definitions for the words we use?

Perhaps you’ll forgive me for answering these questions with questions of my own.

Are you just seeking the approval of people who already agree with you? Or are you really trying to communicate with people? To persuade them? To rally them to your views and causes? If the latter, should you not use the common language, rather than making up your own? As we’ve seen here today, using the common language is already a challenge and requires careful definitions. And does not the care, precision, and historical awareness with which you use the common language reflect the quality of your thinking and therefore the power of your thought to appeal to other thinking people?

Just for fun — well, maybe not just for fun — let’s consider for one more moment why we are generally ill-advised to invent our own language:

If you walk into a store which sells knives, forks, and spoons and tell the clerk you’re there to buy a sweerfluffle, said clerk will be unable to help you. As far as she knows, the store doesn’t stock sweerfluffles. She’s never heard of such a thing, and neither has the manager. Perhaps you will manage to explain that sweerfluffle is your word for a utensil you hold in your hand to eat soup, so the clerk can connect your word with our word spoon. But even if you succeed at this, the clerk and the manager will think you’re at least a little loony, or perhaps — forgive me — a bit stupid. Is that the first impression you want to make on people you want to assist you?

Whatever general merit my silly sweerfluffle illustration may have relative to the perils of inventing our own language, perhaps the following is more directly relevant to the local discussion of republics. Suppose you said to a worker who happened to pass by you at your workplace, “Please bring me a shovel from the garage.” Suppose the worker asked you what kind of shovel you wanted, but you impatiently replied, “Just bring me a shovel.”

Words mean things. Next time, as promised, we’ll look at the multiple, problematic meanings of the word democracy. 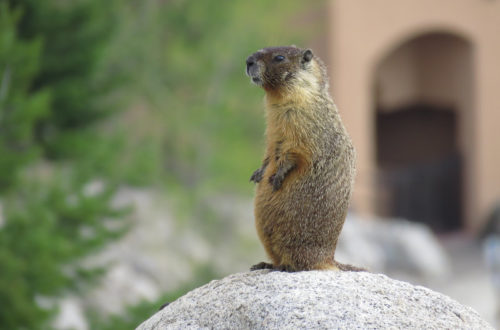