We mortals can’t have government without politics, and I’m not sure we’d want to.

Politics brings partisanship, which in small doses is healthy and in large doses is toxic. When partisanship takes command of our minds, hearts, discourse, and policy, things get very ugly. Look around.

Lately, I wonder if we still have a political soul.

I’ve watched politics and government for decades. I don’t remember things being as toxic as they are now — not even in the late 1960s and early 1970s. I’m not saying we’re on the verge of civil war, or that things are as bad as when our nation was in one. But we’re now routinely forgetting that some problems are real, not just political. Among other things, this insures that we’ll make them worse.

As you’ve probably heard, children are spilling over our southern border in astonishing numbers. Many of them are unaccompanied by a parent. It’s not a new problem; it’s at least two years old. But the news of it is newer than that.

There are at least three likely reasons for the recent attention. First, it’s getting worse — partly because things get worse, and partly because the White House is actively making them worse, to pressure Congress to act on comprehensive immigration reform in time to bless the fates of Democrats in the 2014 and 2016 elections. Second, a bunch of Americans are trying to stop the flood, including the buses the federal government is using to haul the illegals to US cities for dumping. Third, the government of the United States is sending internal security forces to stop the Americans who are trying to stop the illegals.

I concede that these refugees are coming because, under our selectively lawless regime, there is every expectation that they will be allowed to stay. And let’s pause for a moment and nod to Peggy Noonan, whose definition of comprehensive immigration reform last week was astute: “huge, impenetrable and probably full of mischief.” Perhaps I could be forgiven for thinking that mischief would be the real point of it, because we’re treating it as just a political problem, not a real problem.

This is a very partisan blog post, so far, you might say. But was any part of that untrue or unreasonable?

For what it’s worth, the rest of this likely won’t be partisan enough to please anyone.

Let’s pull our discussion back from the front lines a few steps, shall we? Forget for a moment even the policy questions, like these: Do we even have immigration law any more, or is it all dead by desuetude? What government actions, if any, could fix the problems? What exactly would sound policy look like? What conditions would make it possible? In the meantime, how do we absorb or turn back the flood?

Some of the children crossing the border are with a mother, and some are to be reunited with family members already in the United States. Let’s focus on the children who don’t fit either category, but came alone.

What must the circumstances be, if so many mothers and fathers are willing to send their children alone to the United States, knowing that the physical, emotional, and other dangers are extreme, and that their transportation to and across the border is with criminals who are well known to be ruthless?

I can imagine a Judean mother, two millennnia ago, giving her toddler boy to the first passing nomads, without anything resembling a character reference or background check, because that way he would have at least a small chance of a good life, instead of surely dying in Herod’s slaughter of innocents.

I can imagine a mother stranded on the fifth floor of a burning building. Firemen won’t be able to get to her in time, and she can’t get herself through the one window not already obstructed by flames. Even if she could, she would only fall to her death with her baby. So, thinking quickly, she takes every electrical cord and computer cable she can find, ties them quickly together, straps her baby into a car seat, and ties one end of the makeshift cable to the seat and the other to the radiator below the window. She lowers the little one as far as she can out the window. She knows full well that the cable isn’t long enough; the infant will still be 15 or 20 feet off the ground. She also knows that the fire below poses dangers to a baby dangling outside the building. But at least this way the baby has a chance at a life. Someone may be able to rescue the child in time, or he might survive a shorter fall. She prays mostly for his safety, as she also prays for herself, that smoke inhalation will kill her before the flames do.

What does it tell us about life in Guatemala, Honduras, and El Salvador that parents, and mothers especially, are sending their children unattended through grave dangers, in the hope that they’ll be able to make a life in America?

The reason has to be more than run-of-the-mill poverty; many fine parents have raised many fine children in poverty. It must be more than garden-variety tyranny, under which many moms and dads have raised many daughters and sons. What problems are so immediate and so chronically hopeless as to justify such desperation? What problems have our foreign aid, our charity, and our mostly decent national example failed to resolve — or made worse?

We could blame the citizens there for having no effective government, but that won’t help, and next we’d have to consider blaming ourselves for our own government.

We could blame the parents for bringing children into such a world in the first place — for conceiving children at all or failing to abort them responsibly (as some might say). But have you met a child lately? A child embodies hope and the future — and hope for the future. More often than not, we hope, he or she is also the product of two committed spouses celebrating their love for and commitment to each other.

Pardon me for the arguably partisan act of suggesting the reality and relevance of God, but God seems to have arranged for hope to be born of love, and for newborn hope to be showered with new love — and how is any of that bad? Does anyone need hope or love more than people who live out their lives together in hardship? Does anyone exert more love or hope than parents raising a child in trying circumstances? Some folks shouldn’t reproduce, perhaps, and some reproduce too much, maybe, but we can’t say that of all the parents of these immigrant-orphans. I’m not convinced it’s ours to say, anyway. So I cannot blame the parents.

(To a degree I do blame a dysfunctional US legal immigration system, which offers scant hope of the whole family ever fleeing legally to a place to which people still want to flee. But that’s another story. Or is it?)

I have a little friend at church, a beautiful, intelligent young lady named Charlotte. (I use her name with her parents’ permission.) She’s about a year old. I was sitting on the stand a while back before our weekly worship service (sacrament meeting), and her mother needed to start the organ prelude. Her father was elsewhere for a few minutes, tending to his own duties. I offered to hold Charlotte until her father appeared. She was no less charming a conversationalist for being monosyllabic. Since then, we’ve run into each other occasionally in the halls after church, because her parents and I have responsbilities which take us regularly to the same part of the building after meetings. I am pleased to report that her parents are raising her properly, by which I mean that, when she is not simply exhausted, she is a happy and skilled participant in such activities as fist-bumping and high-fiving.

I have seen Charlotte’s and her mother’s — or father’s — eyes, when parent and child look at each other. I have witnessed her complete trust in her parents, when she’s exhausted and just needs a place to rest her weary head for a while.

I have older children, at least some of whom are too young to be abandoned to find their way to another country. The oldest recently moved to Texas, but that’s a slightly different story.

How grave and certain must the threat be, and how hopeless the future, to move parents like Charlotte’s to give a child like Charlotte to passing nomads, just so she’ll have a chance at a life? How utterly unbearable must the prospects be at home, for a parent like me to send a child like mine into and across Mexico, in the custody of criminals, to make a physically dangerous border crossing, which, if successful, will likely be followed by a very difficult life in the United States — also, perhaps, in the custody of criminals?

How do you measure — or ignore — the agony of parents who realize thay cannot protect their children where they are and cannot escape with them, either — that their child’s best chance for life is for them to roll the dice and hope for sevens?

I don’t know all the answers. I do know they’re not all political. I don’t know how to get the answers I think I know to the places where the problems are, or to insure their positive effect.

In the end, perhaps I know only this: there is a real problem here, a massive and growing human problem. To view the situation solely — or even primarily — as a political problem for us is unconscionable and inhumane, whether the viewer in question is a rabid Tea Party Republican or a detached, calculating Democrat President or a disspirited non-voter. To view it primarily as a US law enforcement problem is naive or worse.

Here’s a happier parting thought. People who have more perspective than we do still see the United States of America as a desirable place. It is a place where people want to live, to make their lives. We forget easily, but others remember that being here at all is still a blessing. A big part of that blessing is still hope.

Note: This article was originally posted at localcommentary.com, and is backdated here to its date there.

Consider Character, not Religion
September 30, 2014
Notes on Election Results (and Some Housekeeping)
November 4, 2014 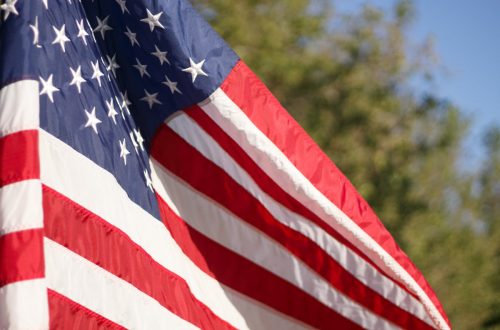